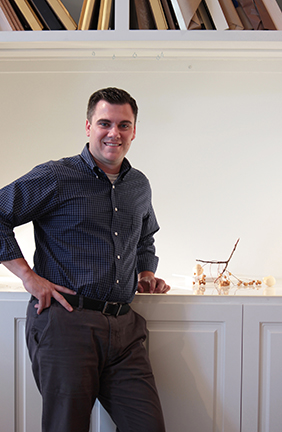 The tenor feature of Philip R. Jackson’s work is his ability to take the common object and elevate it to an object of wonder. Jackson’s still life paintings have a pervasive sense of classicism in his deftly controlled and elegant arrangements, imbuing them with heightened worth and poetic presence.

An emerging force in contemporary realist painting, Philip R. Jackson’s work has been shown in many national and international juried, group, and solo exhibitions in at least twenty states, is part of the permanent collections of art museums in Evansville and Fort Wayne, Indiana, and is in over thirty private collections nationwide.

His still life paintings have been featured in a number of premiere magazines, including Art in America, Southwest Art, American Art Collector, and twice featured in American Artist, first as a cover story and recently in their Highlights issue. Jackson has received numerous awards for his paintings. In 2001, he received an international juried fellowship from the Elizabeth Greenshields Foundation in Montreal, Canada, and in 2008, he received an individual artist grant from the Mississippi Arts Commission, and a faculty research grant from The University of Mississippi. He recently celebrated his first major survey of paintings as the Martha and Merritt DeJong Memorial Artist-in-Residence at the Evansville Museum of Art in Evansville, Indiana.

Jackson received his BFA from the Columbus College of Art & Design in Columbus, Ohio, and his MFA from Bowling Green State University in Bowling Green, Ohio, and in 2001, he attended a summer study at (SACI) Studio Art Centers International in Florence, Italy. His work is represented by the McMurtrey Gallery in Houston, Texas, and the Hammond Harkins Gallery in Columbus, Ohio. Jackson is an Professor of Art at The University of Mississippi in Oxford where he currently teaches painting.