Concert pianist Bruce Levingston, holder of the UM Fant Chair and Chancellor’s Honors College Artist-in-Residence, stands onstage at the Teatro Fraschini di Pavia in Italy, one of the theaters where he performed with renowned ballerina Alessandra Ferri and Herman Cornejo, star principal of American Ballet Theatre. Photo by H. Cornejo

OXFORD, Miss. – The month of January brought positive attention to the University of Mississippi and the state as Bruce Levingston, internationally renowned concert pianist and holder of UM’s Fant Chair and Chancellor’s Honors College Artist-in-Residence, received acclaim for his latest album, “Citizen,” and a series of 10 sold-out concerts with two dancers at the Royal Opera House in London.

“It is such a privilege to represent the university and my home state abroad and to bring attention to the amazing artists Mississippi has produced in the past, such as Marie Hull and William Grant Still, as well as brilliant artists of the future like Price Walden and Brooke Alexander,” Levingston said.

In a recent statement, Gov. Phil Bryant said, “Bruce Levingston is our greatest living ambassador for the arts and culture in Mississippi, and we are thrilled he is giving so much back to his home state by supporting and highlighting the work of important Mississippi artists.”

Levingston has always been generous with his enthusiastic support of the university, the community, the state and bright, creative Mississippians, UM Interim Chancellor Larry Sparks said.

“Not only is Bruce a wonderful artist, but he is also a passionate advocate for Mississippi and its next generation of artists,” Sparks said. “We are truly grateful for Bruce and the special gift that he brings to the university and Oxford community.”

Levingston’s “Citizen” has been greeted with positive reviews since its Jan. 25 release.

In his column, “All About the Arts,” critic Rafael de Acha wrote: “The mix of compositions both contemporary and Romantic, American and European, old and new featured in this recording is brilliantly played (by Levingston).”

“Levingston’s playing is lithe and full-voiced throughout,” proclaimed the respected online journal National Sawdust Log. “He has an admirable ability to preserve the clarity of each strand in a densely woven contrapuntal texture, crafting a compelling whole without obscuring its parts.”

“Citizen,” Levingston’s eighth solo album, is described as “an absorbing musical study of citizenship and human rights,” in a review by Apple iTunes, which recently placed the album on its “A List.”

The album was released during Levingston’s series of performances at the Royal Opera House in London and the Teatro Fraschini di Pavia in Italy, with renowned ballerina Alessandra Ferri and Herman Cornejo, star principal of American Ballet Theatre.

The London performances were described as “masterful” by The Guardian, which added, “The whole thing is classy, unsensational, grown-up and very beautiful.”

The Times called the trio “splendid,” and The Evening Standard noted that all compositions featured in the performances “are exquisitely played by Levingston.”

The critical acclaim generated by Levingston’s recent artistic successes has also brought much-deserved praise to the Magnolia State and some outstanding young artists.

Walden’s musical composition “Sacred Spaces” is featured on “Citizen” along with his arrangement of the hymn “Amazing Grace.” Levingston gave both works their premiere performances at Carnegie Hall last April. 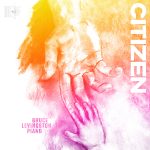 and art history at the university, created the cover art for

Alexander created the cover art for “Citizen” and Levingston has curated an exhibit of her paintings titled “Always Already There,” which are on display in the great room of the Sally McDonnell Barksdale Honors College.

Another composition on the album, “Accumulation of Purpose,” was written by renowned composer David T. Little. This piece was inspired by civil rights activists the Freedom Riders and was commissioned in honor of the recent opening of the Mississippi Civil Rights Museum and Museum of Mississippi History, and in celebration of the state’s bicentennial.

“American Citizen,” the composition that opens the album, was written by Nolan Gasser, who was inspired by a portrait painted by Marie Atkinson Hull, of Summit. In 1936, Hull painted the portrait of John Wesley Washington, a Mississippian born into slavery in 1847.

Walden’s piece “Sacred Spaces” and Gasser’s “An American Citizen” also were singled out in the National Sawdust review of “Citizen.”

“C. Price Walden’s ‘Sacred Spaces’ is a beatific paean to the powerful affirmation that a sense of belonging can bring …. Walden’s work feels like a delicate, luminous echo of Nolan Gasser’s ‘American Citizen,’ which opens the CD. It’s a firmly grounded offering, seamlessly melding together sentimental melodies, bluesy riffs, monumental chordal interjections, and more into a subtle portrait of an imagined life: full of loss and sorrow, but always returning to an indomitable wellspring of resilience.”