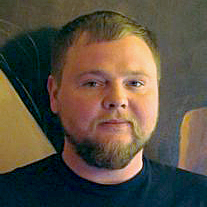 
Joshua Brinlee originally hails from Morgan City, Lousiana, but was raised in Franklin, Tennessee. He has lived and worked in Memphis, Tennessee for the past sixteen years and received his BFA and MFA from Memphis College of Art. Joshua is an alumnus member of the AICAD New York Studio Residency Program.

At the University of Mississippi, Joshua continues to create and show his work. His images take from traditional portraiture as well as other painting genres. He employs digital imaging and new media processes to create his self-portraits, which mimic the painting tradition.