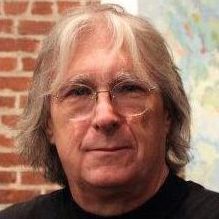 An internationally known artist whose work is best described as figurative, he concerns himself with the representation of political and social realities. He is included in Who’s Who in American Art and studied on a Group Studies Fulbright Grant in Costa Rica, Central America, received the 1993 Visual Art Award of the Mississippi Institute of Arts and Letters, and an Individual Artist Fellowship from the Mississippi Arts Commission.

His most recent exhibition is a one-person show at the Contemporary Art Center of Peoria, Illinois. In October, 2004, exhibited during the “Art for Art Sake” weekend at the Carol Robinson Gallery in New Orleans. He also exhibited in Outward Bound: American Art on the Brink of the 21st Century. The exhibition traveled to Beijing and Shanghai, China; Hanoi and Ho Chi Minh City, Vietnam; Jakarta, Indonesia; and Singapore.