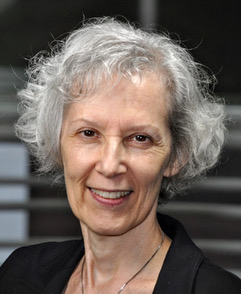 Nancy L. Wicker, Professor of Art History at the University of Mississippi, teaches courses on medieval art and carries out interdisciplinary research on the art and archaeology of Scandinavia from the Migration Period of the 5th and 6th centuries through the Viking Age, c. 750–1100.

Research interests:
• I examine the reception of Roman art into Scandinavia by tracing the relationship of Late Roman medallions to Migration Period gold pendants known as bracteates. These objects were worn by elite women across northern and central Europe.

• My studies of Viking-Age art focus especially on patrons and clients who sponsored or purchased the art, artists and artisans who made the works, men and women who used and viewed the objects, and also the humans and anthropomorphic deities who were the subjects depicted

• I have conducted experiments with contemporary metalsmiths to reconstruct the technology of how early medieval jewelry was made. I also study metal breakage with a materials scientist at The University of Mississippi Medical Center to differentiate objects that broke due to metal fatigue and those damaged by violence.

• I am co-director of the international collaborative Andvari Project to describe the iconography of early medieval of art of northern Europe. The project will create a free digital portal that will provide online integrated access to dispersed collections of early medieval artifacts (4th–12th centuries).

• I challenge the traditional art history “canon,” underlining the role that Scandinavian art plays in the larger scheme of the historiography of medieval European art history. I also interrogate the function of animal ornamentation in colonialist identity-formation across the Viking diaspora.

Biography:
As a first-generation college graduate, I was awarded the B.A. with high honors from Eastern Illinois University, where I completed a double major in art history and art studio as a National Merit scholar. From the University of Minnesota, I received the M.A. in art history and Ph.D. in interdisciplinary Ancient Studies, with an individualized program of art history, archaeology, and Germanic philology. Before coming to The University of Mississippi in 2003 as Chair of the Department of Art, I was Professor of art history at Minnesota State University, Mankato, where I served as Director of Scandinavian Studies and twice was a Teaching Scholar Fellow. At The University of Mississippi, I was awarded the Hensley Family Senior Professor Research Award from the College of Liberal Arts.

In 2009, I was invited to be a Visiting Professor at Uppsala University in Sweden. In 2010, I was the first woman elected to foreign membership in the Philosophical-historical Section of the Royal Society of Humanities at Uppsala, Sweden. My election in 2005 to the International Sachsen Symposium, an international archaeological society, was also a first for an American. In recognition of my research, I have presented papers at The Viking Congress, which previously had been closed to Americans. Demonstrating my continuing commitment to runic studies, I was invited to participate in the on-going project “Reading and Interpreting Runic Inscriptions” at the Centre for Advanced Studies of the Norwegian Academy of Science and Letters in Oslo, Norway.

I am co-director of a Samuel H. Kress Foundation Digital Art History Grant and previously co-directed two National Endowment for the Arts Digital Humanities Start-Up Grants in support of the Andvari Project, which will index the iconography of early medieval art of northern Europe.

A fundamental part of my scholarly life has been participation in archaeological excavations in the U.S., Germany, and Sweden, including at the Viking Age trading center of Birka, a UNESCO Heritage Site, where I held an international grant. With a materials scientist at The University of Mississippi Medical Center, I have studied metal breakage, and I also have conducted experiments to reconstruct early medieval jewelry techniques with contemporary metalsmiths. Hands-on experiences are key to my research.

I have co-edited three books on gender and archaeology, including Situating Gender in European Archaeologies (2010), collaborating with several European colleagues. In addition to my research on bracteates, I have published articles on figurative and animal-style art, Viking art in Spain, sensory effects of Jewelry, gender in archaeology, female infanticide during the Viking Age, and runic literacy. I have presented my research in over two hundred invited and refereed papers in nineteen countries and conducted research in seven additional countries

Currently, I am a member of the Runic Advisory Group, which administers the International Symposium on Runes and Runic Inscriptions. I previously served on the Executive Council of The Medieval Academy of America, as the leading Chair of the international working party Archaeology of Gender in Europe, as President of the Society of Historians of Scandinavia, and on the boards of the International Center of Medieval Art and the Society for the Advancement of Scandinavian Study.

Previously, I served as Associate Editor of Medieval Archaeology (London) and as an Editorial Board member for Gesta, the journal of the International Center of Medieval Art. By invitation, I have reviewed applications for national and international grants and fellowships, including the National Endowment for the Humanities, the National Science Foundation, the Andrew W. Mellon Foundation, Narodow Centrum Nauki (Poland), and Riksbankens Jubileumsfond (Sweden). I have reviewed article and book manuscripts for eighteen different journals and eleven presses. 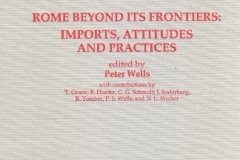 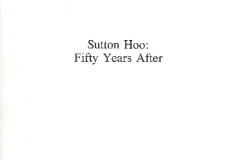 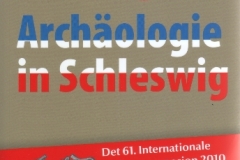 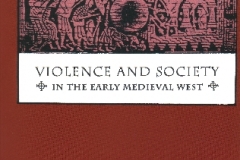 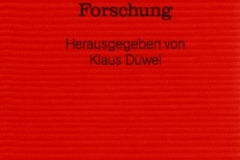 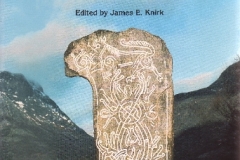 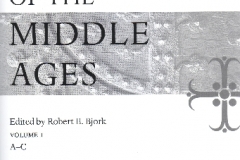 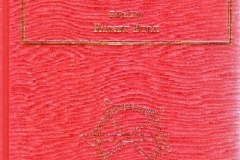 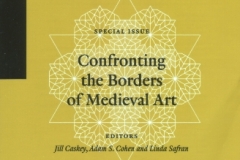 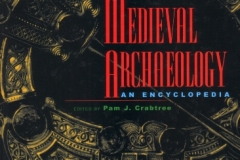 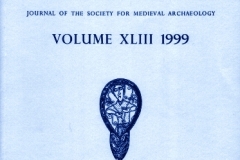 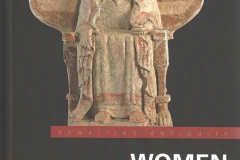 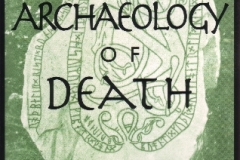 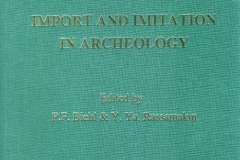 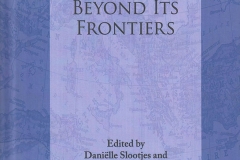 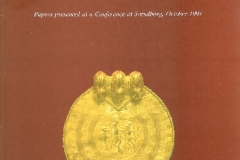 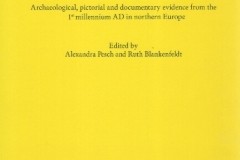 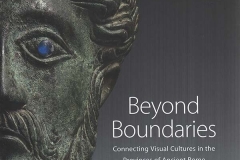 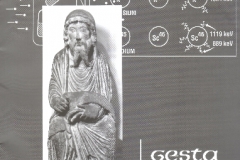 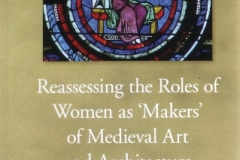 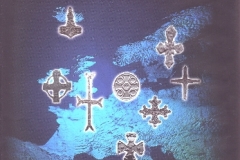 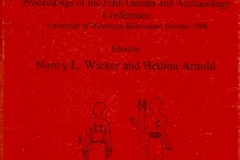 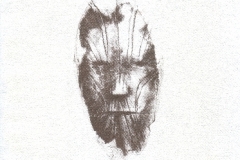