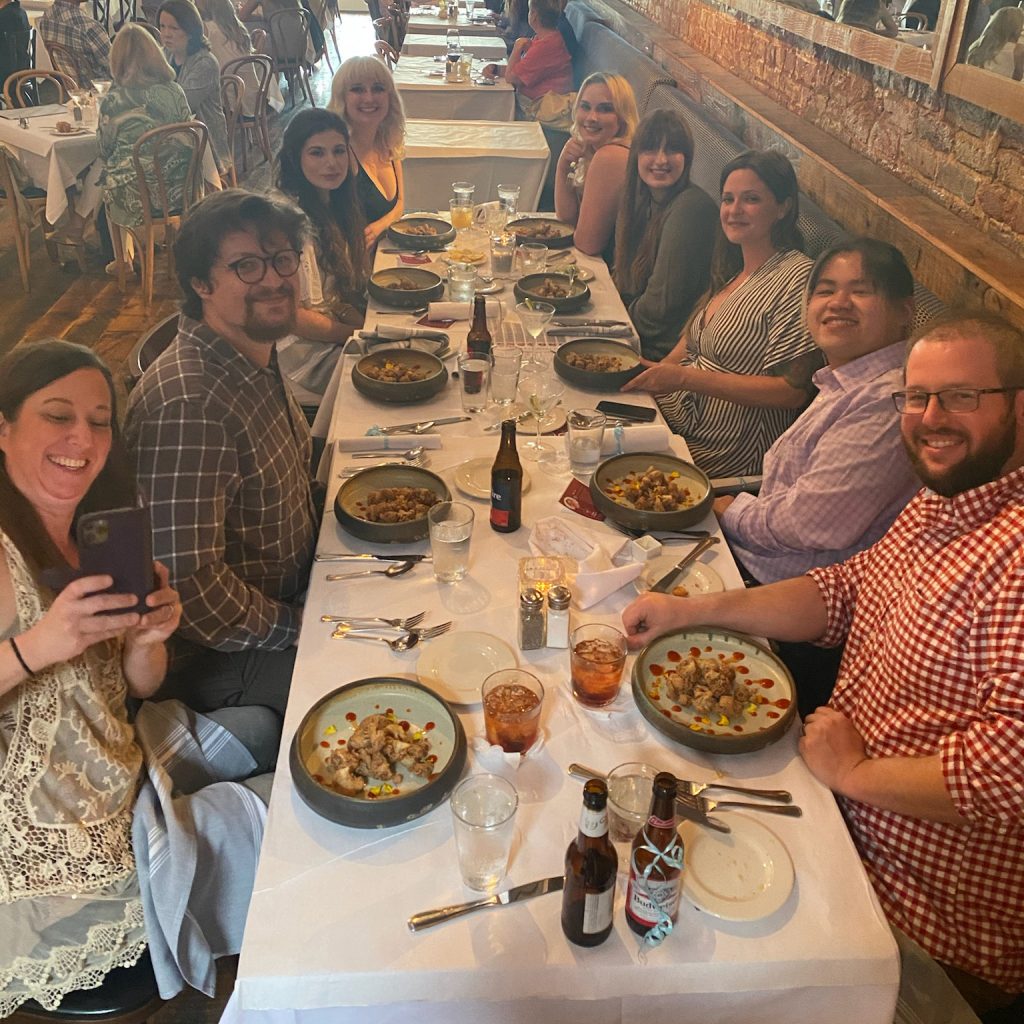 Recently, that suggestion became a unique and memorable partnership.

“Last spring, we began a project with City Grocery, chef Andy McCown, Reagan Thames Spreafico and myself that incorporated the handmade object with handmade food,” Long said. “While chef Andy prepared all the food and the students made all the objects for service, the real point of all of this was the recognition of food preparation at its highest level, and the collaboration of the handmade object.”

Eight students from Long’s advanced ceramics class made the pieces, guided by Long, McCown and Spreafico, a graduate student from Jackson. The other students were Adriane Honerbrink, of Minneapolis; Samara Dallaire, of Jackson; Julie Coleman, of Saltillo; Brianne Powers, of Brandon; Maddie McHugh, of Cornelius, North Carolina; Alex Yu, of Greenville; and Cassidy Franz, of San Antonio.

“Chef Andy met with the students, talked to them about his approach to food, its preparation and his own artful approach to plating food, and how an object can amplify his delicious creations,” Long said. “He also addressed variations/options of serving dishes, as well as functional objects to eat from, some with specific parameters, others that can have a wide range of utility.”

Students made plates and bowls that were not only high-quality, handmade, utilitarian ware, but also related to their own concepts of utility, design and craft. The end products were evaluated by Long and Spreafico, who made sure that all aspects of the objects met the required standards of utility and craft.

“I’m proud of the bowls because I felt I was able to successfully glaze the bowls in a way that wouldn’t compete, but would instead enhance the addition of food and create a great interaction,” Honerbrink said. “To know someone is using something I made and enjoying it tells me I’m doing something right.”

Powers said she was most pleased by the plates that she made.

“It was almost surreal being served dishes on my own work,” she said. “It gave me a glimpse into the opportunities my career in ceramics could provide. I love knowing that my work is being shown and used by so many people.”

Following their final critique, each student selected 10 objects from their work that were donated to City Grocery, where the items are being used to serve customers. Each student provided a short bio with an image of themselves, and an image of their creations.

Each piece description and student bio was added to the menu, prompting servers to tell guests about the project.

“Most importantly, this was about raising awareness, giving the community an understanding of the importance of the handmade and, hopefully, to bring a little confidence to the vision of the student,” Long said. “After all, who wouldn’t want their pots to be used by a chef at a great restaurant?”