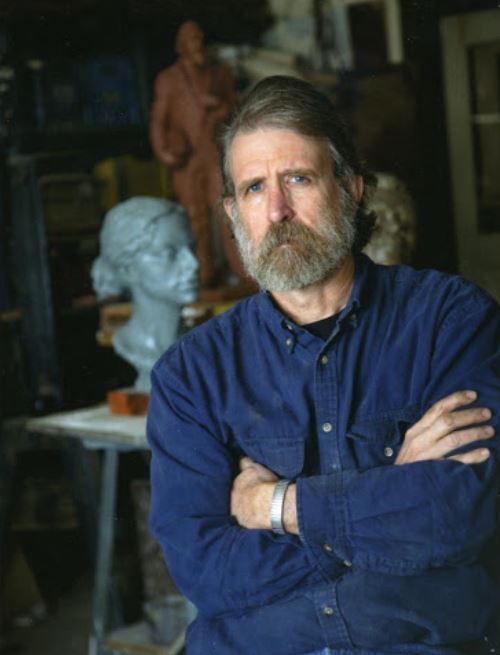 William N. Beckwith was born in Greenville, MS in 1952. In 1966 at the age of fourteen he became an apprentice in the studio of Leon Z. Koury. Mr. Koury had studied with Malvina Hoffman in New York who had studied with Auguste Rodin in Paris.

From 1970 to 1976 Mr. Beckwith attended the University of Mississippi earning a B.F.A. and a M.F.A. in sculpture under the direction of Mr. Charles M. Gross. He built a working bronze foundry and received a Graduate Teaching Assistantship in sculpture from 1974-1976.

Beckwith owned and operated Vulcan Studios & Foundry, Mississippi’s first commercial, fine arts, bronze foundry from 1976-1986. While casting for other sculptors he continued to produce gallery work, commissions and show his bronzes in numerous one man and group show including the Frank Marino Gallery and Splashlight Studios in New York, the Louisiana World’s Fair in New Orleans and at the National Museum of American Art, Smithsonian Institution, Washington, D.C.

He is included in the publications: “The Sculpture Reference” and “Sculpture: Technique, Form, Content” both by Arthur Williams, “The Mississippi Story” by Patti Carr Black, “Casting Call” by Hank Burdine, and “More than Land or Sky: Art from Appalachia” National Museum of Art, Smithsonian Press.

Beckwith currently lives with his wife and son in Taylor, Mississippi where he operates a sculpture studio and produces portrait commissions, public monuments and personal work. A new 9,850 square foot studio is currently under construction.