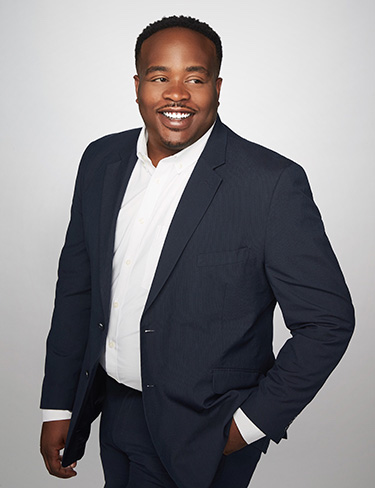 Content Marketing Coordinator of the NBA, TNT and NBA TV

“I don’t know where [that passion] comes from,” he said. “But I know I have a responsibility to create responsibly.”

He first developed an interest in art during his middle school years, a time when he found himself always creating. He took his first official art class in the seventh grade, and in the eighth grade he saved enough money to buy an actual design suite in order to begin to teach himself graphic design.

“I figured out that there were other arts outside of just hand-drawn and painted arts… that there were arts that involved computers,” he said. “And that’s when I shifted my focus.”

“By the time I started high school I was creating daily and I knew that once I graduated, I wanted to pursue a higher education in art.”

Pope began to put his talent to use by taking requests and making greeting cards, banners and flyers, and along the way, he developed an interest in sports graphics.

“At that time, I was in charge of creating all of the programs and bulletins for my church, but I was also interested in creating a lot of sports graphics–anything that had to with sports narratives… with sports photography… or photos of athletes with heavy typography,” he said.

“I think that’s where my interest in design and sports started.”

Pope, who grew up in Jackson, had friends who attended the University of Mississippi, and he visited the campus during the summer following his senior year of high school. After that visit, he was sold on the Department of Art and Art History in Meek Hall, which was the first place he visited.

“I took a right and literally the first classroom I ever saw was a graphic design classroom, and I remember being so enamored by the setup,” Pope said.

Pope began his four-year journey as an art major with an emphasis in graphic design. From the outset, he was pushed to create beyond the boundaries of his comfort zone because the art department requires its majors to complete a comprehensive art curriculum that includes drawing, painting and sculpture. Early on Pope was not a fan of the comprehensive approach, but he later realized how essential the studio classes were to his development as an artist.

“Once I got to my senior year and [I took] a package design class, I leaned heavily on all of the skills I learned in sculpting. I could go back to the woodwork studio and build boxes to make professional packaging.”

“Looking back, I think those classes helped mold me more than the actual design classes.”

By his junior year, Pope had decided to double-major in broadcast journalism. He became a production manager for Rebel Radio and a news anchor for NewsWatch at the student media center, but it wasn’t until he accepted a role as visual editor of the Daily Mississippian that he understood how his two degrees could coexist harmoniously.

“I don’t regret anything. I just treated college like an opportunity to experience all the things I wanted to experience, and I think that all those things have to come together to work for my greater good.”

All of Pope’s hard work paid off. During his senior year, his artwork was featured in the Mississippi Collegiate Art Competition Exhibit. One piece of package design and one poster design was chosen and this, Pope said, was one of his proudest moments at the university.

“It was really cool because that school is not only full of so many really good undergraduate artists but also graduate artists, and everyone is eligible to enter and be chosen.”

“I think there was a consistent theme with my art throughout my junior and senior years. I always wanted my designs to be very thought-provoking… to have something that was deeper than just surface level.” 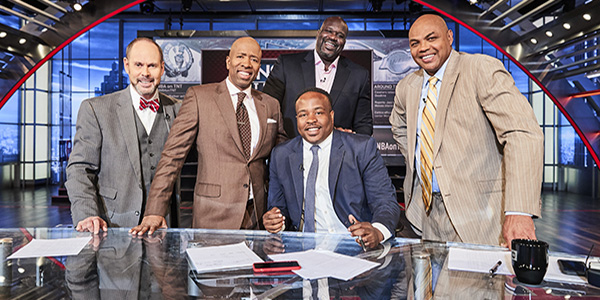 After graduation, Pope accepted a position as an advertising coordinator at a sports publishing firm in Atlanta. From there he went on to join the Atlanta-based startup Scoutmob as an advertising executive for four years before landing at Creative Loafing Atlanta as a multimedia marketing specialist. However, he made the biggest leap of his professional career when he joined Turner Broadcasting as content marketing coordinator of the NBA on TNT and NBA TV. In his role at Turner Sports, Pope handles consumer-facing creative messaging and branding for both networks in addition to NBA.com. Pope said his experience in graphic design is what set him apart.

“My design background is what ultimately landed me the role and has allowed me to progress in my career,” he said. “I never took a single marketing class at UM but my undergraduate training in design prepared me to master consumer-facing content, from color theory, to tonality and – perhaps most importantly – design aesthetics. I owe it all to the art department and its amazing faculty.”

According to Pope, the Department of Art is more than a department, it’s a community that encourages collaboration and breaks down the walls that so often separate people.

“That environment shaped the way I think, create and innovate today. From the faculty to the access of world-class facilities and tools, [the Department of Art] develops free-thinkers and leaders.”

These free-thinkers and leaders are important because they connect people through their ability to create, Pope said.

“Artists have so much to contribute to society because they are always putting so much of themselves in what they do. They are always cognizant of the feelings of others.”

Oscar R. Pope passed away unexpectedly in June 2021 at the age of 32. Although Oscar’s life and career were cut tragically short, he remains one of our brightest and most inspiring alumni at the University of Mississippi.