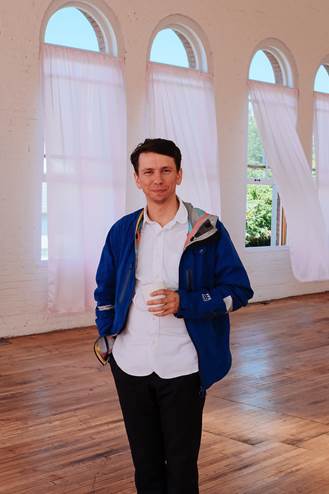 Alan Longino is an art historian and curator from Biloxi, Mississippi. His MA thesis in art history from CUNY Hunter College (2017) focused on the Japanese conceptual artist, Yutaka Matsuzawa. In 2019 he co-curated, Yutaka Matsuzawa, at Yale Union, Portland. His writing has appeared in the Haunt Journal of Art, UC Irvine, and Artforum.  Alan was a founding member of Wendy’s Subway, a library, writing space, and independent publisher in Brooklyn, NY. He was the director & gallery manager at Jan Kaps, Cologne, and registrar at Miguel Abreu Gallery, New York. In 2016 he supervised the North American retrospective of the filmmakers Jean-Marie Straub and Daniele Huillet, as well as oversaw the exhibition logistics for solo and museum shows in Europe, Asia, and North America.

Alan is currently pursuing a PhD at the University of Chicago. He is studying postwar Japanese conceptual art and global contemporary art.

When and why did you originally decide to study art history?
I had taken a few art history courses at UM and was mostly okay in them. Memorizing images and dates was easy for me. I decided to study art history, though, after taking an internship course at the Ohr-O’Keefe Museum of Art, where I found dialogue with people who worked in the arts and artists themselves. This made art history relevant and enjoyable to me. Following that summer course, art history took on new meaning and I began to see it as something which I could perhaps be good enough in.

Please discuss a few highlights of your undergraduate experience at UM.
Educationally, my biggest highlight at that time was studying with Dr. Nicolas Trépanier in the History department. While only taking one class with him, the interest and research in Ottoman architecture and the architect Mimar Sinan was very inspiring and hopeful to me. I also enjoyed Nicolas’ own stories and directions as a young scholar. Socially, I was not really an “Ole Miss” person. I mostly hung around with high school friends, and did not participate in Greek or much social life. However, in retrospect, reviving the Vasari Society—the art history club—with Mattie Coddling, and under the direction of Dr. Wicker, was something I am proud of. Though it was towards the very tail end of my time, it made me think about the possibilities which could be found in further studies and school. 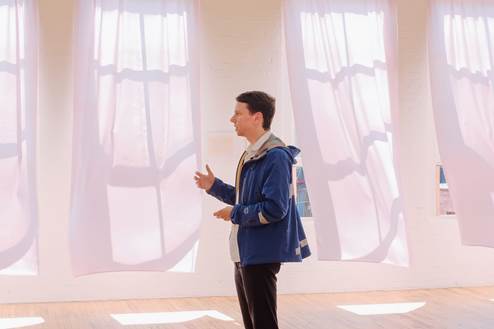 What has been your educational/career path since graduation from UM?
I took a gap year between undergrad and MA. I barely got into Hunter College in New York, but when I did I knew that was my ticket and call to start really working. I did as much as I could in the arts in New York. I got a job at a gallery in the Lower East Side (young, contemporary galleries), and began work with young, emerging artists. I started to become familiar, and comfortable, with the art industry as it were, understanding how artists, galleries, museums, curators, collectors, critics all became intertwined and also how the distinction between them was becoming more fluid and transparent with social media. Without going into too much detail, I went to private dinners with museum directors and some of the wealthiest individuals of certain European countries, or the next evening scrounging for some cash to buy some beers at a corner store with other young artists and historians. It was networking, and it was learning.

I worked for another gallery in New York, Miguel Abreu, because it was the gallery to work for, and I learned about contemporary theory and philosophy; learning from, working with, and assisting some of the most exciting young and established artists with their museum and gallery shows.

However, through it all, I also focused on my studies at Hunter and tied my professional experience and the learning there into my own writings. I completed my MA thesis and published in my first journal at UC Irvine. I kept writing essays and press releases for artists (some being translated in German and Farsi), and began interviewing artists and thinking on more experimental approaches to arts writing.

Shortly after completing my MA thesis, I got a job offer to work for a gallery in Cologne, Germany – Jan Kaps. This was a very young gallery–transitioning from a staff of 11 at Miguel’s to just the two of us at Jan’s–and it was more work than I could have dreamed of. Importantly, though, it was also where I started to become understanding and comfortable of managerial and administrative roles; not only working with, but directing, technicians and production teams for the artists’ visions. I also learned about EU customs and tax schedules, and managed logistics for the major art fairs we participated in from Moscow to Mexico City, to Basel and Hong Kong.

I recently departed that job, however, due to an exhibition which I co-organized that has been traveling the U.S. This exhibition on Yutaka Matsuzawa—one of the pioneers of Japanese conceptual art– has expanded upon my curatorial roles, and re-publishing the artist’s manifesto has led me back into the academic world. Working with individuals from different universities–as well as donors of those universities–to both publish as well as acquire artworks by the artists, has driven me back into the academic fold where I look to now continue on indefinitely.

Any words of advice about the value of studying art history?
While art history is typically seen as an easy discipline, when one really gets into art history it becomes one of the most difficult, and rewarding, subjects to master. To really understand art history requires understanding all of the minutiae and nuanced circumstances of history that have ultimately directed themselves into any one drawing or painting. The study of art history is the study of how information can be made beautiful, and it is never wrong to study or aspire to beauty as that is what makes us more than the information we contain.